Birth of a new business line.

Jeff and Elyssa Kotzen’s hot yoga class on Friday, March 13 was not a zen experience. 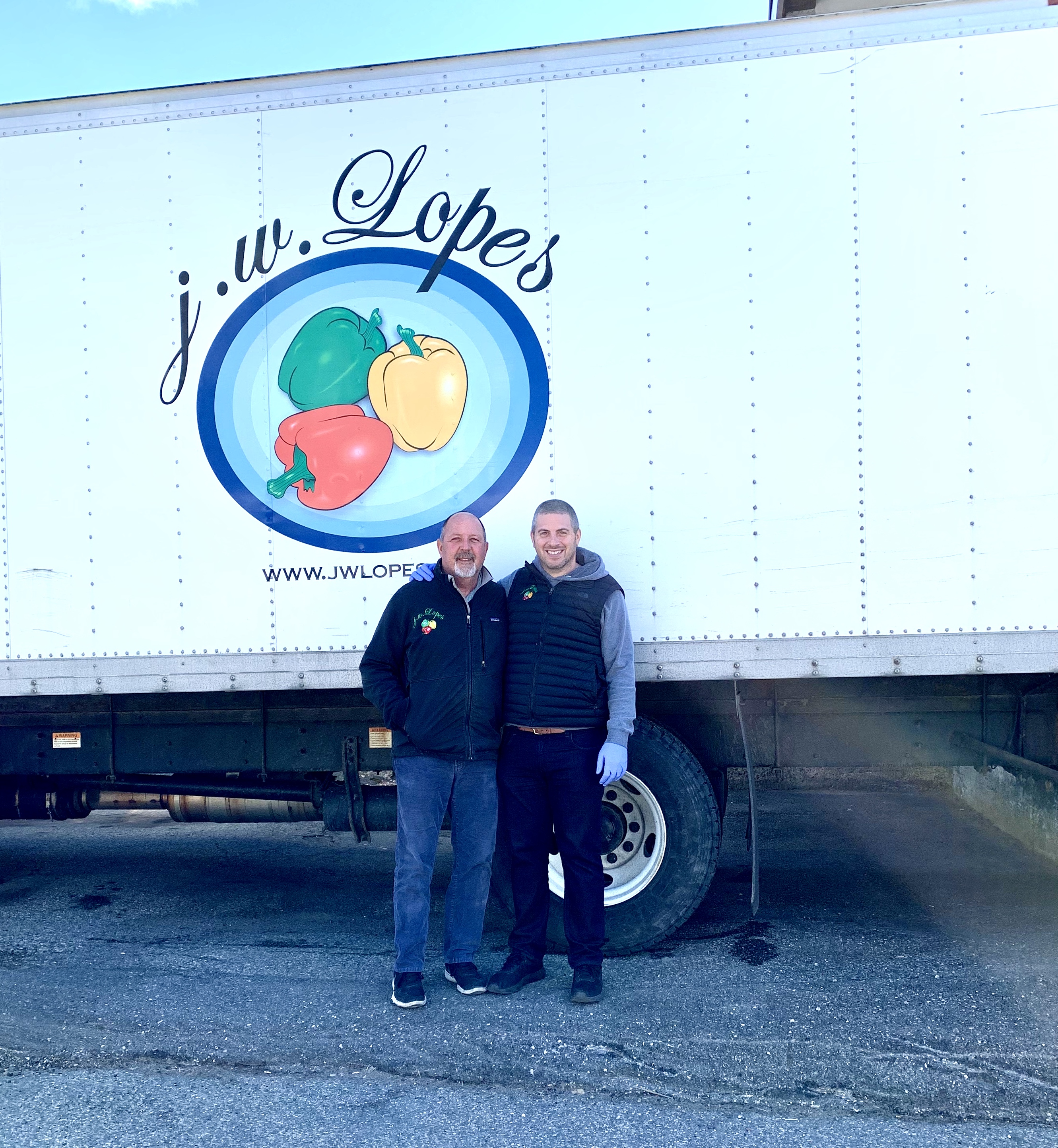 was unable to relax. Although Massachusetts Gov. Charlie Baker would not announce mandatory restaurant closures until the following Monday, orders from restaurants were already drying up as COVID-19 began to spread through the country.

Elyssa turned to her worried husband at the beginning of the 60-minute class and said, “We have got to do home delivery. We can do this. We’ll go home and we’ll figure it out once we’re done here.”

Once they got home, the couple sprang into action. “We both got on our computers, and I started drafting an email to our closest friends and family with our rough-around-the-edges idea of what this would be,” Elyssa says.

Moving into direct-to-household food delivery would meet an important need, Elyssa realized. The company’s new customers “don’t have to rely on a grocery store visit or an Instacart delivery that gets dropped. I’ve been reading all these stories about people refreshing [their computer screens] in the middle of the night to get slots for meal and food deliveries.”

Adapting the company’s wholesale processes and ordering platforms to accommodate retail orders was no small task. “It was definitely trying to fit a square peg into a round hole,” Elyssa says.

“The system offers no bells or whistles. It is all-capital-letter gray text; no pictures. There’s no additional information about ingredients or quantities of certain things. It was really bare-bones.”

The Kotzens named their home-delivery venture New England Country Mart and used social media to get the word out. “I’ll be the first to admit that I’m not a social media guru, by any means, but I quickly became one. My personal background is in public health,” says Elyssa, who works for a foundation and previously worked in the hospital industry.

During the new venture’s first four weeks, Elyssa updated the J.W. Lopes website, created a New England Country Mart site and managed social media for both businesses. “I was trying to get acclimated to all of it,” she says.

The efforts were wildly successful. “We started with maybe 40 people [customers], and that became 80 people, and it became 200 people, and we just kind of grew,” ­Elyssa says. “We realized the power of word of mouth and email forwarding and photos on social media.”

Jeff and his father, Peter, are partners in J.W. Lopes; Jeff’s younger sister, Alison, works there as well. To help the Country Mart get off the ground, Jeff’s mother, brother-in-law and older sister pitched in.

“It was all hands on deck where necessary to get the initial bulk of the work uploaded in the computers and get things going, which was great,” Jeff says. Everyone really stepped up.”

“We had such positive feedback on the fish as an addition to our produce that we grew one week at a time by reaching out to local companies: bakeries, butchers, dairy companies,” Jeff says. The partnerships enabled the Kotzens to help other local food businesses that were struggling because of the pandemic.

They formed other partnerships, as well. Jeff contacted a friend who works at a website development company. The friend built an upgraded New England Country Mart website within two weeks.

“It was a huge opportunity for an optimized experience for the customer, and a way easier way to manage everything on the back end, operationally, for Jeff and his warehouse crew,” Elyssa says.

A public relations firm reached out to the Kotzens and offered to help with publicity. “They also have clients in the food industry, and their business essentially dried up with the COVID-19 pandemic as well, so our story really resonated with them,” Elyssa says.

“They’ve helped us develop a social media schedule and create some consistency around our messaging. It’s just nice to have a sounding board, because this is all very new to me.”

“Over several generations, the retailers became bigger and more efficient, and they started buying directly from the farms, rather than from a distributor like my family’s business,” Jeff says. “The business had to evolve; they couldn’t rely on Stop and Shop to buy 5,000 cucumbers anymore. So they had to look for other avenues to sell their products.

“My dad was smart enough to see that there was a downward trajectory in that business. He sold the original business with his two brothers and started a distribution business with me in 2006.”

Jeff says his father “really had the vision that [the original] type of business was a dying breed, and being a direct-to-food­service distributor was more of a vibrant business than relying on retail chain markets, which were only really using the services in a fill-in capacity.”

At J.W. Lopes, Jeff says, “We’ve always been flexible. We sell to the state prison system as well as really high-end, white-tablecloth restaurants. And I think that’s a testament to how flexible we are to be able to pivot to any type of business.”

To manage the booming demand, the direct-to-consumer business imposed a waiting list, adding new customers weekly and monthly as the Kotzens learned how to manage the growth and ensure every customer would receive high-quality service and products.

The success of the venture enabled the Kotzens to invite everyone they had laid off at the start of the pandemic to return to work.

“We’ve hired, too, so the company’s actually larger now than it was,” Jeff says.

Elyssa’s public health background is helping the company ensure a safe working environment. “All of our drivers, all of our packers, everyone, whether they’re in the back office or frontline, is taking all precautions,” she says.

The new venture has public health benefits. “We’re trying to reach the elderly and the immunocompromised” to help them obtain groceries in a safe way, Elyssa says. “We’re really committed to and sensitive to that demographic in this situation.”

What started as a stopgap measure for J.W. Lopes is now being considered a permanent division of the business.

“I don’t think we had initially thought that this would be a long-term business idea,” Jeff says. “But as the Country Mart grew, and our offerings continued to grow, and the feedback we continue to get from customers is so positive, we definitely have our eyes set on larger things as we move forward.”